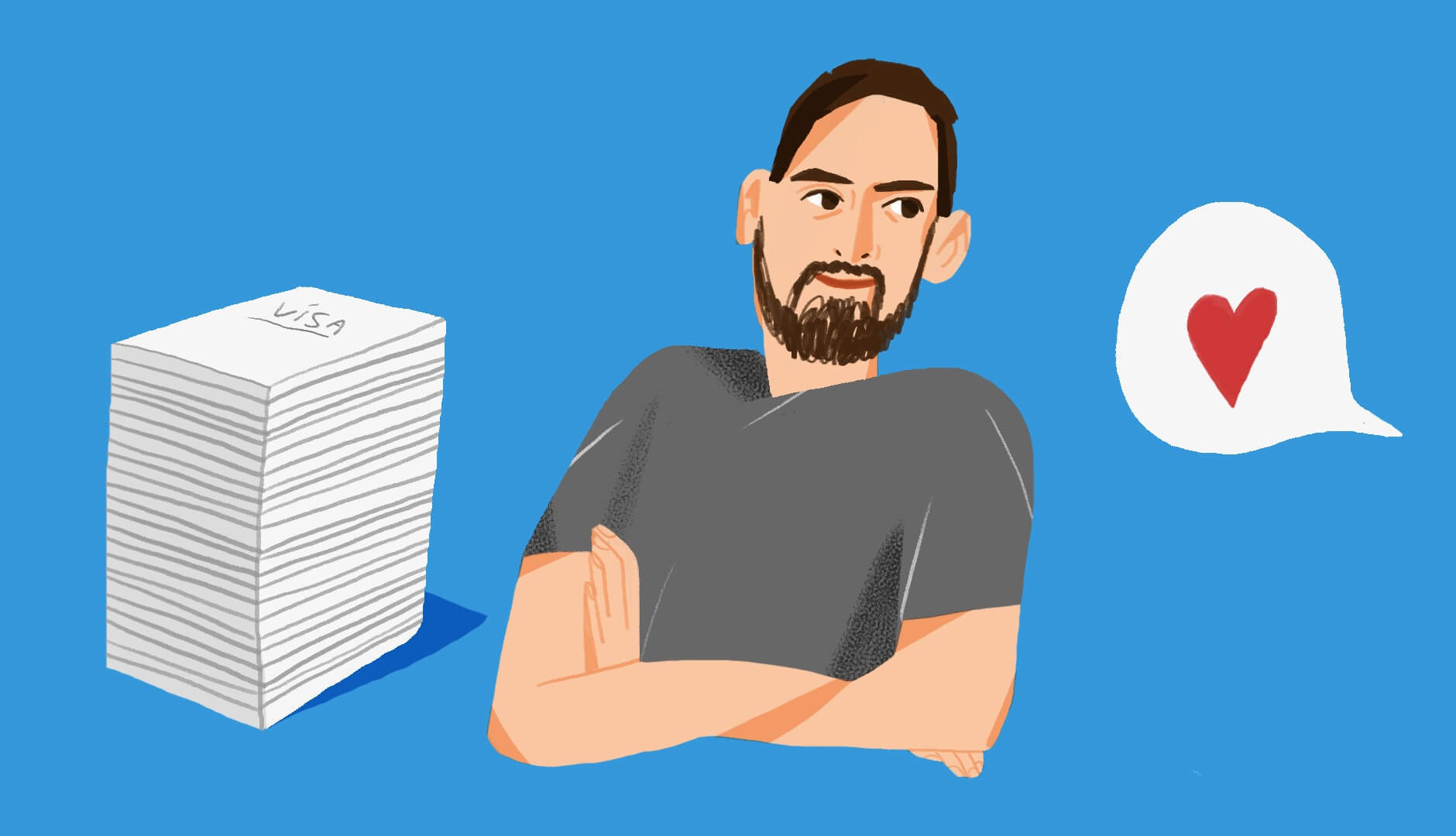 Talking Shop is an interview series where we talk to freelancers about freelancing. In this interview, we talk to Rik Lomas, developer and founder of code school, SuperHi, in New York, NY.

Why did you decide to move to New York?

Rik Lomas: About two years ago, my now-wife, Holly, was finishing her Ph.D. and looking for jobs in a pretty specific field of medical research, limited to a few major cities around the world. We narrowed our options down to London, New York, San Francisco, and Berlin. Holly began emailing labs and we set our sights on New York. 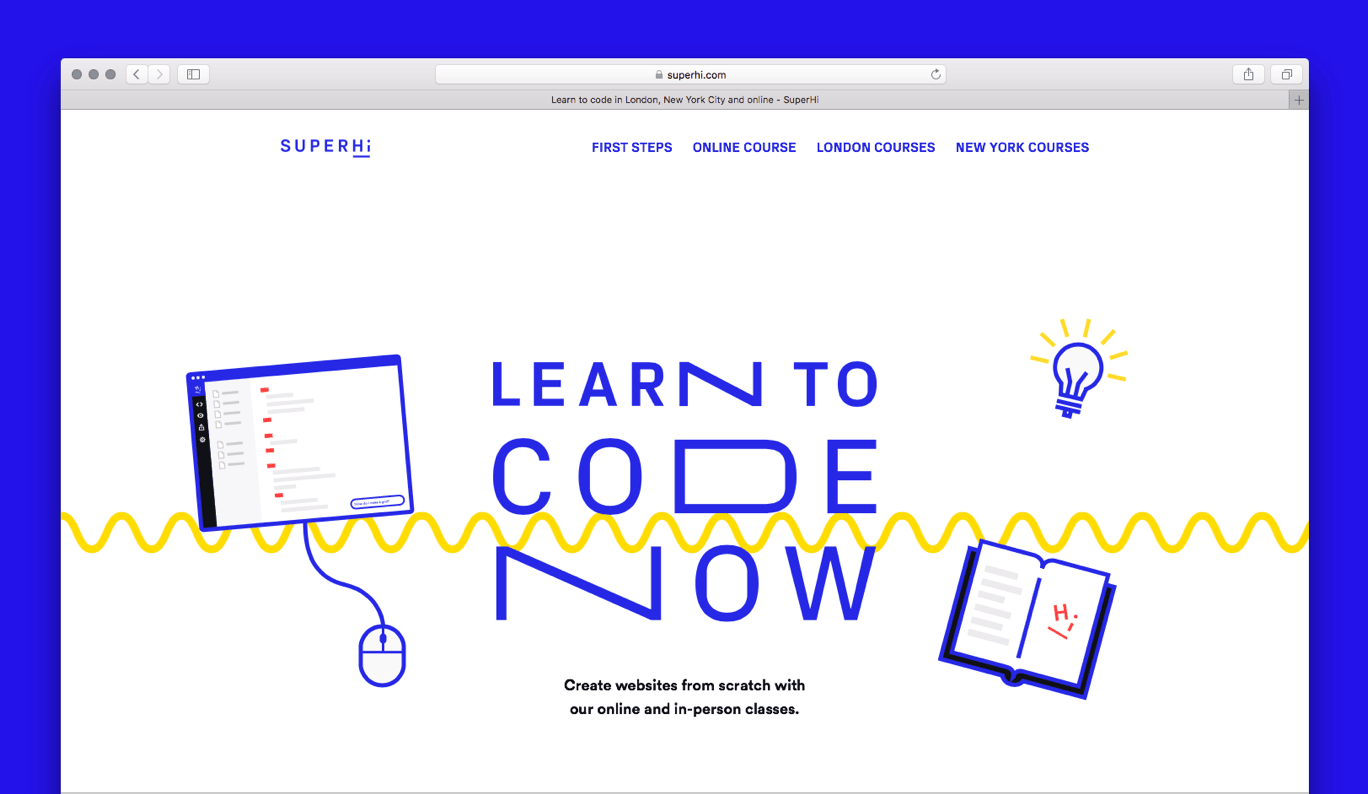 At the time, I had never visited the U.S., so when Holly was invited for an interview, I decided to stay a few extra days and see what this place was all about. I spent time wandering around, marveling at how tall the buildings were, got called an asshole—the full New York experience. I was into it. When Holly told me she got the job, I had to figure out how to come here, too.

Where did you start?

I started by talking to friends. They told me all about the of visa options. There’s the O-1, the J-2... So, when we got back to London, I got a lawyer because I clearly had no idea what I was doing. It was a bit of a challenge because I was working for myself, versus having another larger company sponsor me. In those cases, that company does all the visa work and the employee just has to show up. In my case, however, I had to handle everything and so began my journey. My lawyer and I decided to go after the O-1, aka the humble “Individuals with Extraordinary Ability or Achievement” visa.

Indeed. You have to fulfill 3 of 8 criteria, one of which is a Nobel Prize. Other more attainable ones include being part of a judging panel or having published articles in a magazine. Once you have around 3-5, apparently your chances get pretty good. A lot of conversations with my lawyer were just working out how to “sell” me to America. I had to put together the most detailed resume of my life—basically everything I’ve ever done—quotes, talks, publications, you name it. Then you need 12 letters of glowing references from other people. Getting these notes felt a bit like reading my own obituary. “Rik is a really, really, nice guy,” they would say. It was surreal.

But you didn’t die. And, from what I understand, you ended up changing course?

Right! Around this time, things started to move really slowly. I was emailing my lawyer every day and started to panic—Holly was starting in New York in February. Finally my lawyer said, "It would probably just be better if you could get married sooner." So, $12k into lawyer fees and visa paperwork, we moved our wedding date forwards 6 months. 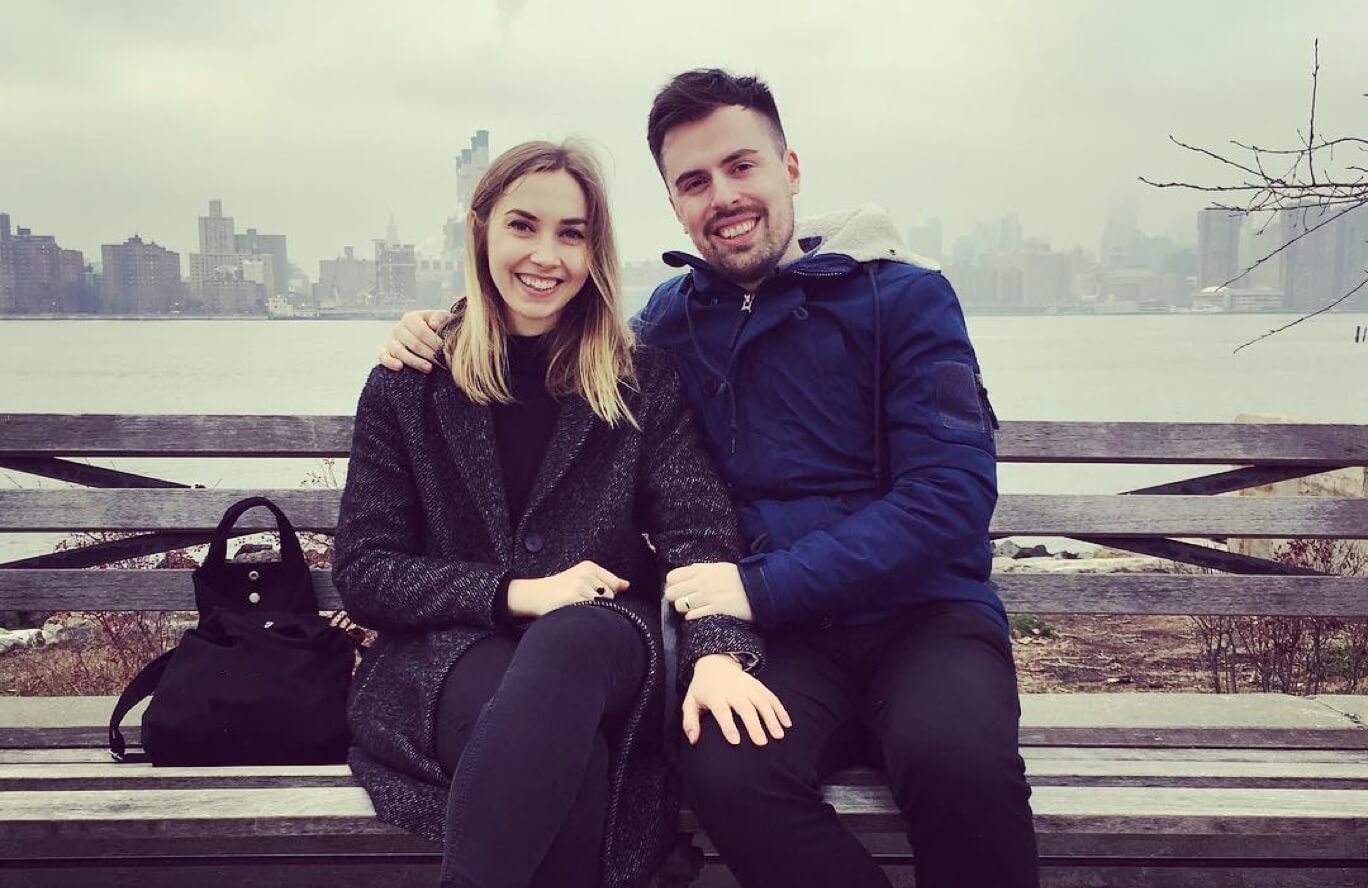 My lawyer refunded me for most of it all, sans the work that she had already done. Then Holly requested a visa on my behalf and we got married. My visa appointment was coincidentally the next day at 9 am. And I was very, very, very hungover. I was literally at the embassy, shaking, with ink still wet on my wedding certificate. I got my visa, snagged a seat on the same flight as Holly, and moved to New York.

What were the biggest challenges moving to New York?

My deepest fear was not knowing anyone. Holly had work to meet friends, but I was on my own. I focused on finding a co-working space early on. I ended up joining Small City (Editor’s Note: That’s where Jonnie and the Cushion team are based!) I think that was probably one of the better decisions—finding somewhere to work with other people. I really just got to experience being the new guy in a new city. Learning about which British terms don’t translate. Hoping people understand you. That was probably one of the more stressful things. 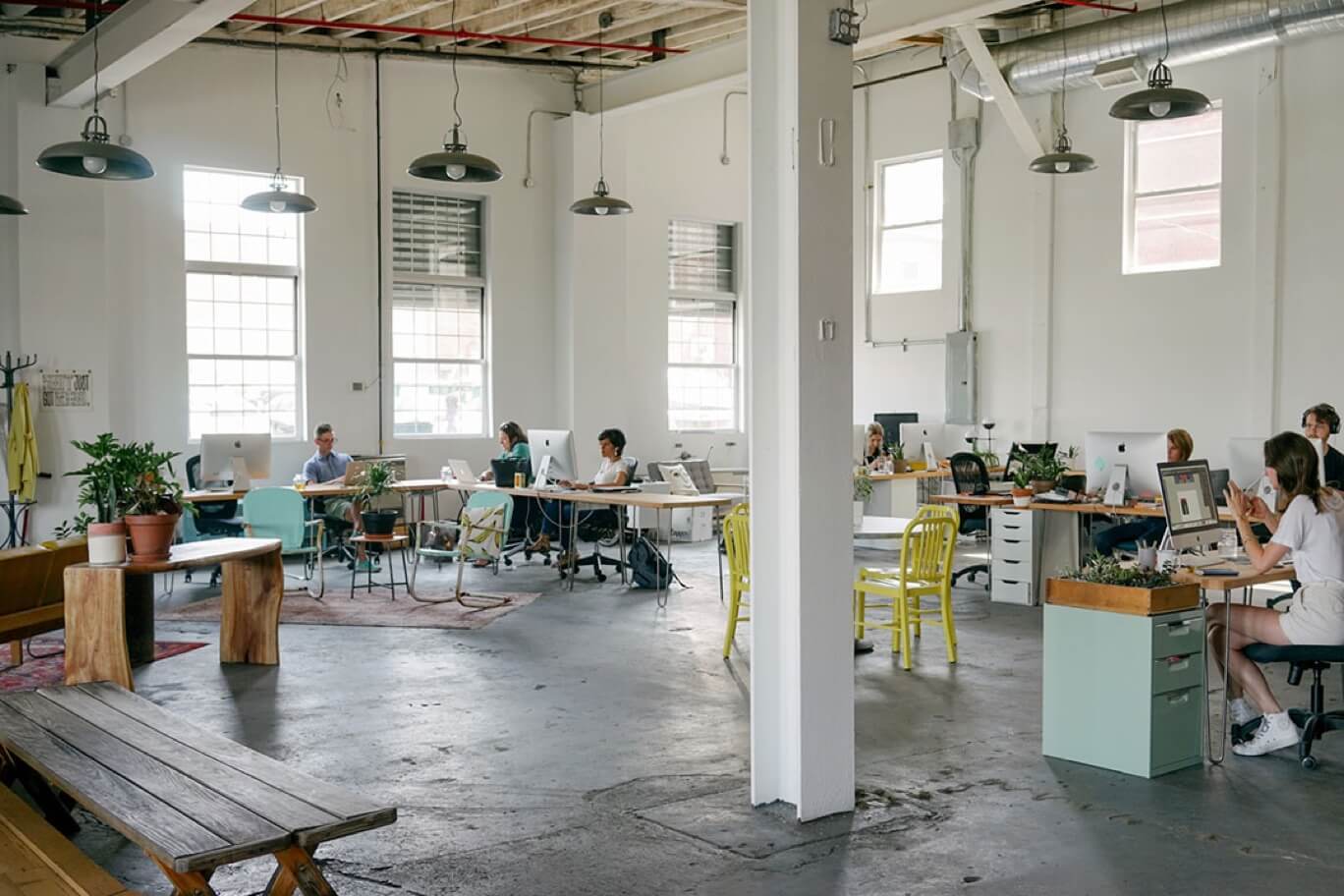 I still feel anxiety around my accent and talking to people. I worry about public speaking here way worse than in London because I worry I'll say things that people don't understand and people will look at me a bit weird. I say all this, of course, as an English speaker. I know that anxiety is so much more pronounced for people where English is a second language.

You can’t help but compare the differences living in one place versus another. New York feels so much more segregated than parts of Europe. As a white man, I slide under the radar for a lot of anti-immigrant racism. No one tells me to “Go back to my country!” but I can feel that sentiment here.

Where do you see yourself, a year from now, 5 years from now?

It’s hard to say. Holly’s visa is for two years and there’s a weird tax thing where she doesn’t have to pay $20k in tax if her stay is less than two years. One of the added benefits of being an online code school is not having to be in the same room as your students. I can teach and hire from anywhere around the world.

We also don’t know what visas will be around in the next four years. There’s been a lot of talk this past election about lowering the number of H1-B visas for highly skilled technical workers. Our future on Holly’s visa isn’t a sure thing either. As someone who came here to build my business and grow my team, it’s hard to hear a lot of the rhetoric around immigrants here to “take your jobs” or “sit around.” No immigrant comes here and wants to just sit around. We’re all coming here for a purpose. We want to do something.