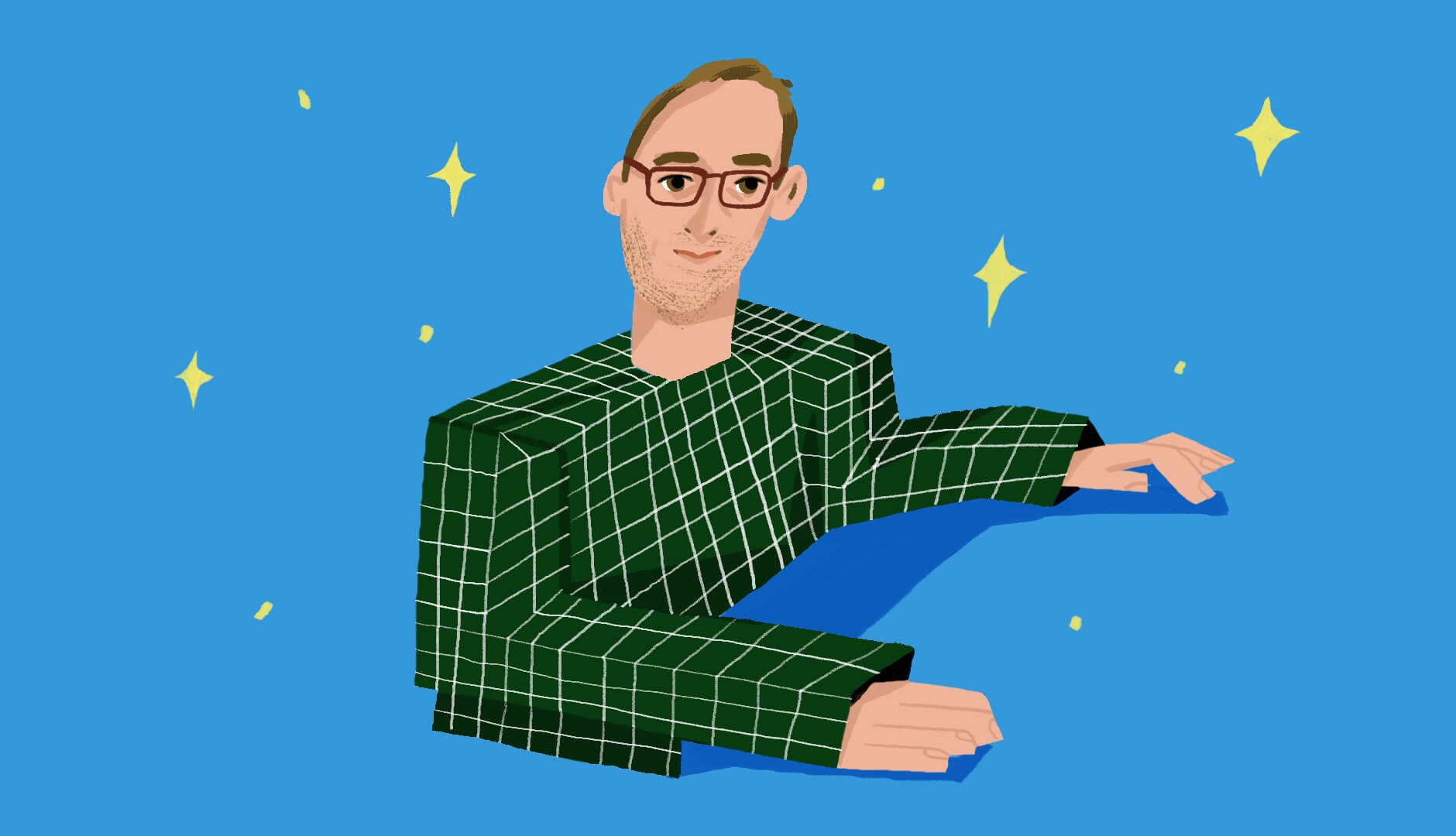 Talking Shop is an interview series where we talk to freelancers about freelancing. In this interview, we talk to Diego Garcia, a game designer, developer, animator, and illustrator in Brooklyn, New York.

Diego Garcia: I’m Diego Garcia, an independent game designer and developer. When not freelancing, I also collaborate with friends and colleagues under the moniker of Secret Crush Corporation.

I teach both as adjunct faculty at the NYU Game Center. My background is in art and animation, so I do a mix of everything—depending on project scope and budget. Sometimes, I collaborate with other designers and developers, where I’ll focus on the art and they’ll handle development.

How did you get into game design?

I found myself here by way of pixel art—if you can believe that. I’ve always played games, but didn’t start making them myself until I was sketching out my own ideas during my day job.

I discovered the independent game scene and, through that, babycastles. Then I stumbled upon the NYU Game Center, which at the time was just a lecture series. Eventually, they started an MFA program and I enrolled.

What attracted you to games?

Games are a language that I grew up speaking. They have their own vernacular that can be employed to explain complex concepts and feelings. Whenever I have a feeling or idea I wanted to express, there’s usually a way to do it through a game.

Part of that is interactivity.

“When something is interactive, you can invite players into that conversation and have them experience it first hand.”

Games use a specific kind of humor that reacts to a player’s actions. You can let the player fail and make fun of themselves. I get through my own life making fun of myself, so it’s a pretty natural transition for me.

What's the independent game scene like? How does one break into it? 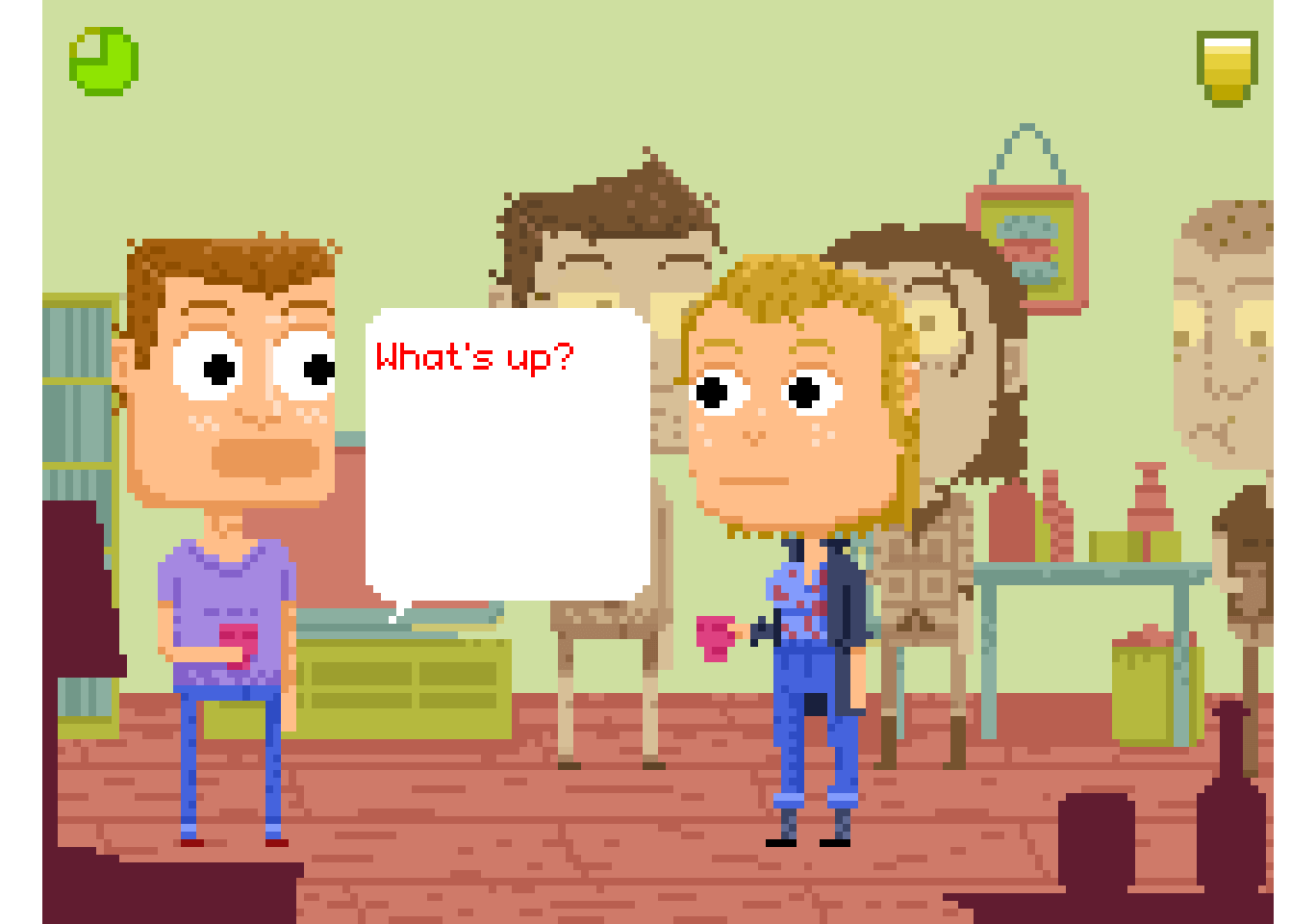 For most people, it starts with a passion project. You have a game idea and then you spend your nights and weekends working on it until it’s ready to go out into the world. For me, mine was Ultimate Flirt-Off. It was a flirting simulator where players have to awkwardly flirt at a party. I released it on my Tumblr. The community picked it up and it grew from there.

In addition to flirting, you say you make games about eating, laughing, and dying, too?

Correct. So, Sunburn is the debut game of our studio, Secret Crush Corporation. It came about during my MFA program, where I worked on it with Toni Pizza and Aaron Freedman.

The game is based on a Ray Bradbury short story about these astronauts who lost control of their ship and are hurtling apart from each other, thinking and talking about their inevitable lonely doom.. The original story was a bit sad for me, so I wanted to give it a twist. It was featured in the App Store under the Best New Games header.

It's pretty slapdash. I support myself primarily through teaching. I also take on freelance and contract work—projects I can jump into for a period of time, make some money, then dive back into my own projects for a bit. So, a million things at once.

There are several different ways to make games commercially viable, whether through selling it on some sort of platform or letting people download it for free and having some form of currency in the game itself. I tend to do the former.

I actually just released one with a friend called Swap Sword. It’s puzzle battle where you match gems, snatch up coins, and fight angry frogs. You have to outsmart and out-slice your opponents to win. In that case, AP Thomson brought me a prototype and I provided art direction and illustration for it.

What do you look for in a project?

It depends on the project. For me, the main thing is that I can express my sense of humor. It comes down to how open the game designer or collaborator is to re-framing the story and how the player experiences the mechanics. For me, it’s less about the game itself, and more about adding that jest.

What would you say are the biggest challenges of being an indie game designer?

Well, first is financial insecurity. You’re putting in all of this time up front. Even if you do get that coveted feature in the App Store, it might only make you enough money to live off of for a month—and, more often or not, these games take at least six times that to make. It's a lot of upfront investment for totally unknown returns.

“I would like to be able to support myself off of the games that I make, but, realistically, I don't know if that's ever going to happen. I may always have a day job and that's okay.”

Ultimately, it’s about making something that people will love. You want to make a game that will inspire the people who play it, perhaps so much that they grow up wanting to make the next one of that.