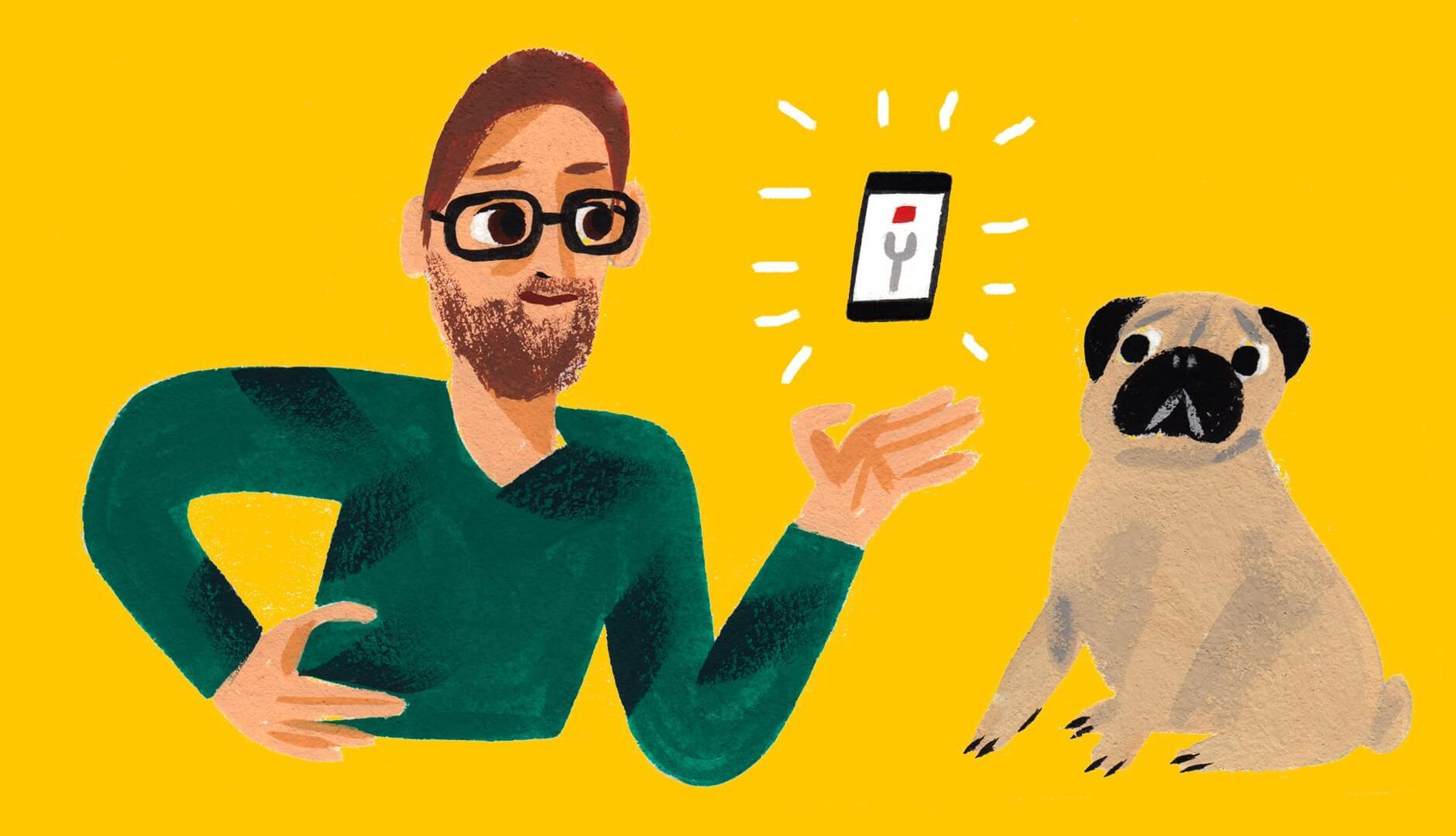 Talking Shop is an interview series where we talk to freelancers about freelancing. In this interview, we talk to Ben Dodson, an iOS, Apple Watch, and Apple TV developer based in Bristol, United Kingdom.

Ben: I started off strictly as a web developer, moving from agency to agency, not really enjoying what I was doing. At the same time, Apple had just released the iPhone and, shortly afterwards, the App Store. I thought iOS development looked fun, so I quit my job and started teaching myself how to do it.

Where did your first clients come from?

I had been freelancing on the side for a number of years, so I had a few clients through that. Coincidentally, when I decided to freelance full-time, a friend from Twitter reached out and asked if I would be interesting in going on a segment for a Channel 4 TV show. For the segment, the show wanted a freelance developer and a small company to build two separate apps, then see which was more popular.

“At the time, I had never built an app, so naturally, I said yes.”

It forced me to learn the ropes pretty quickly. I cobbled this app together and it ended up doing really well, scoring a feature from the App Store. From there, clients just kept coming.

What type of projects do you work on now?

Now there’s also the iPad, Apple Watch, Apple TV, so I work on a variety of projects — everything from little apps to find the best steak restaurant nearby to bigger ones for clients like L’Oreal and Glenfiddich.

At this point, I try to exclusively work from home. In the beginning, clients would insist on coming to their office. Those days would always be spent in meetings, talking about nothing, and not getting much done. Nowadays, I push for a video call in lieu of all that. I have clients I’ve never even spoken to, that I work with via email or Slack. They’re the best.

What has been the greatest challenge of kind of being a freelancer?

For me, it’s been time management. It’s so easy to procrastinate. Then you hit a deadline and realize that you’ve done nothing, you have to tell the client, but you don’t want to tell the client, so things get worse quickly. The biggest challenge for me was getting to a point where I can switch my work mode on and off.

What’s next for you?

A few years ago, I had my own app, an iPhone game called WallaBee. For about three and a half years, I focused on that and was extremely adamant about not hiring anyone else. In retrospect, some help might have made sense, but I was worried about being able to pay someone reliably month to month. It was a lot of fun, but eventually, I burned out and sold it.

“It’s a constant battle between doing things that you want to do, but not earning any money, and doing the things that are less enjoyable, but make money.”

I’m sure that statement resonates with a lot of freelancers.

When I was young and single, it was easy to spend twenty hours a day working on my pet project for no pay. The money earned mattered less because at the end of the day, it was just me. But when you have a family with mouths to feed and bills to pay, you find yourself taking less of those risks and opting for projects that provide a bit more security.

What advice would you give to someone just starting out?

Keep it simple. I spent a long time researching and reading up on various how-to-get-things-done philosophies, buying every to-do list manager there was. Now I just have a basic list, make my own invoices, and track everything else in Cushion. If you spend a fortune on loads of tools and to-do lists and all that, you end up spending more time tweaking your setup for productivity than actually being productive.