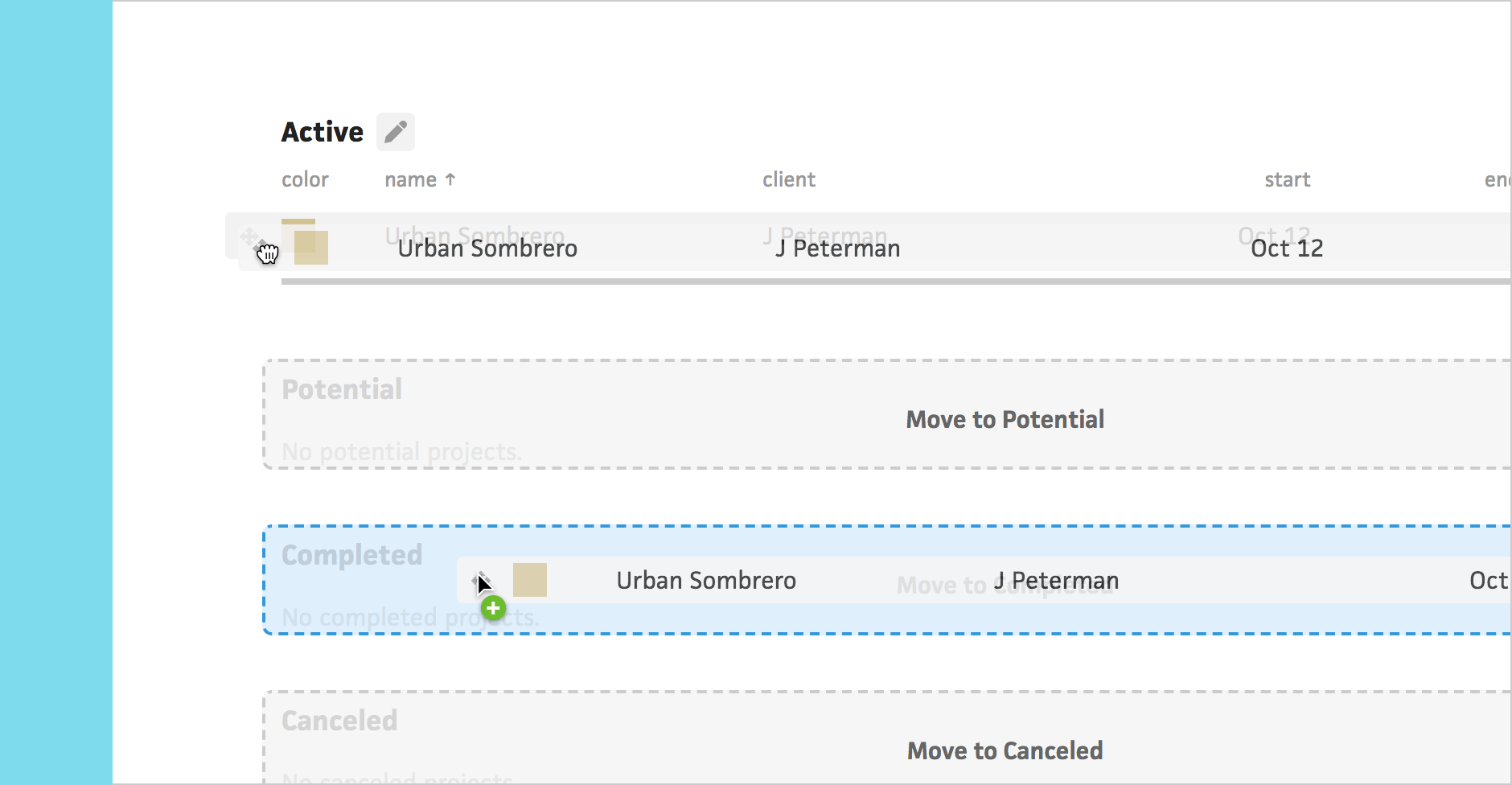 Cushion uses lists to categorize projects. By default, these lists represent the status of a project—“Active”, “Potential”, “Completed”, etc. Prior to today, moving projects between lists was cumbersome. You’d have to leave the current page and select the new list from a dropdown menu. Realizing that people often needed to move several projects at once, we decided to make this process more intuitive—with drag and drop lists.

When hovering a project in a list, a “move” icon will now appear to the left of the row. You can drag the icon to start moving that project to another list.

Once you start dragging a project, the other lists will highlight their drop area. Releasing a project over a drop area will move the project to that list. 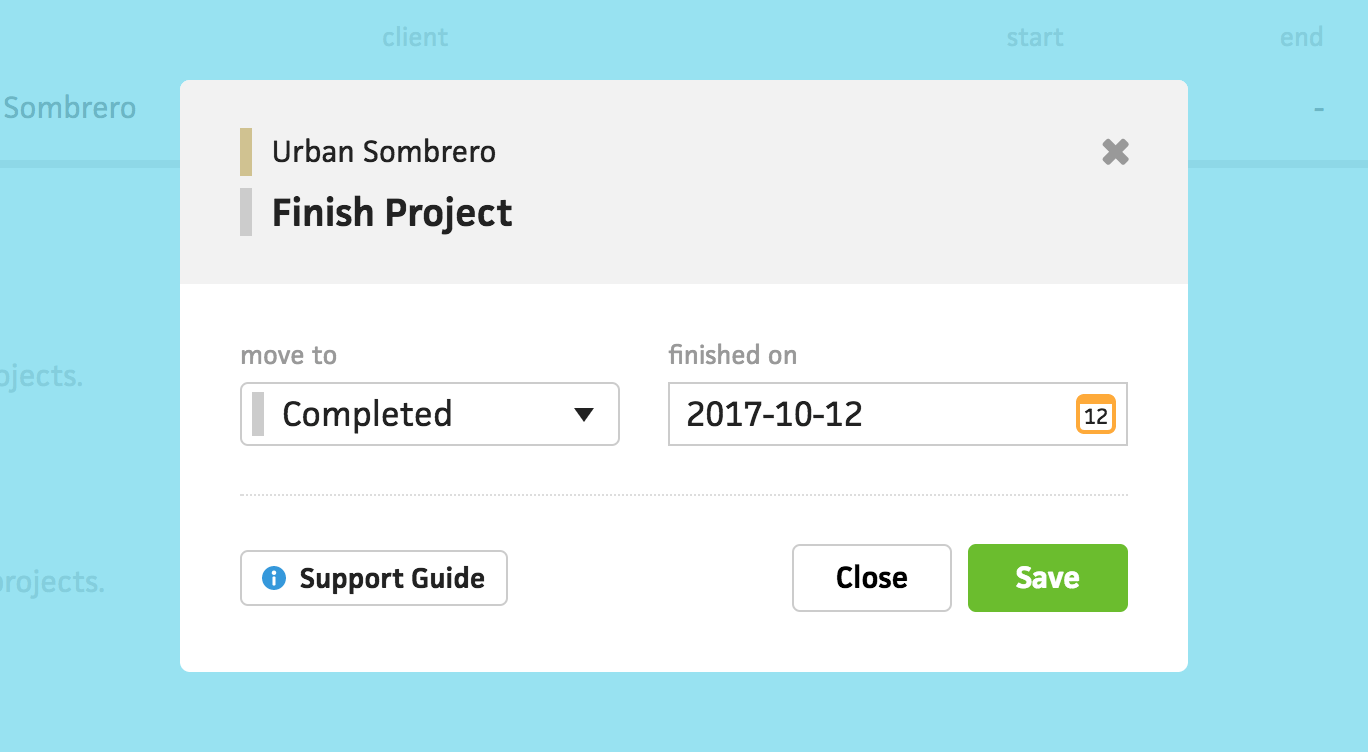 If the list is tied to a status (“start”, “finish”, “cancel”), dropping the project will open the status window to confirm starting, finishing, or canceling the project, and let you specify the relevant date.

Drag and drop is the start of a new direction for Cushion—a move away from forms, toward interaction and direct manipulation.